Tunxi Old Street is not long, but it is the most complete preserved commercial street in China. It has the architectural style of the Song and Ming dynasties. It is also the most popular commercial street in Huangshan City. There are plenty of shops to buy some local specialties, such as the Four Treasures of the Study and the local teas. Here is also a good place for accommodation and shopping. Sit outside the cafe, look at the old houses, and leisurely spend an afternoon.

Like other ancient streets in China, what are worthy of seeing in Tunxi Old Street are folk customs, local architecture and traditional handiworks. Tunxi Ancient Street has 4 streets, mainly selling jades and Four Treasures of Study (writing-brush, ink stick, ink slab and paper).

Tunxi Old Street was a merchant area. The structures date back to the Ming (1368–1644) and Qing (1644–1911) eras. Similar to the architecture of Hongcun Village, the ones in Tunxi Old Street are Anhui-style architecture as well. In the comprehensive application of architectural sculpture art, stone carving, wood carving, brick carving, appears magnificent. 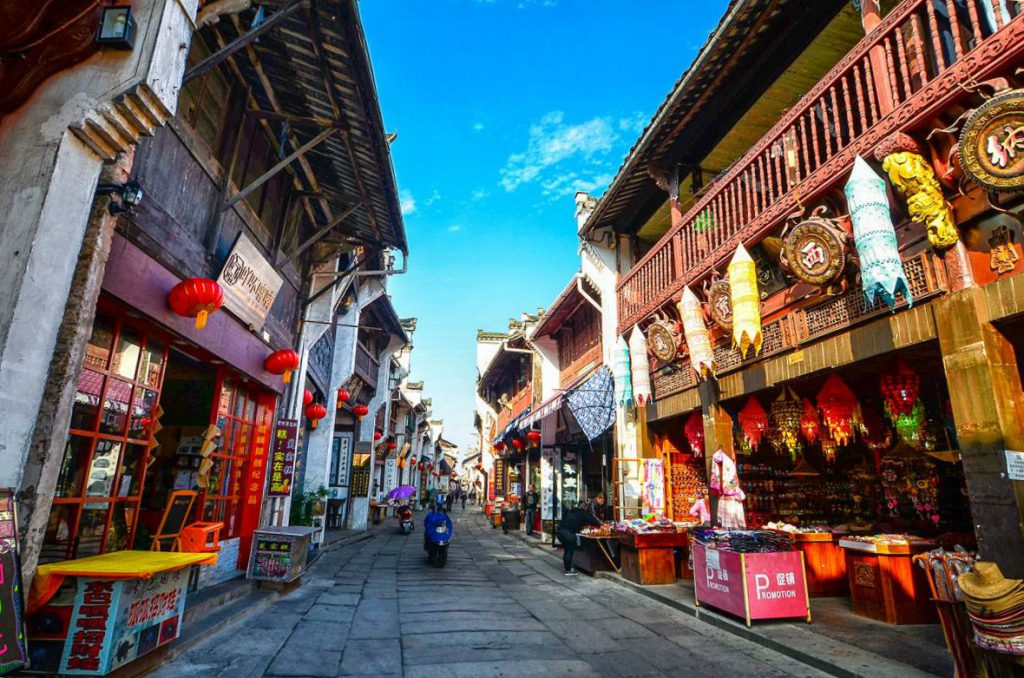 Along the Tunxi Old Street, there are many shops that have existed for over 100 years. Curios and knick-knacks including inkstones, brushes, local teas, and Mao badges can also be found. It is a paradise for tourists to buy souvenirs rich in Chinese culture with comparatively lower prices and is a must-see when you are traveling in Huangshan City.

Tunxi's old ink factory is famous regionally. It still produces ink blocks in the traditional way. Ink blocks and the other Treasures of Study (pallets, calligraphy pens, and paper) are on sale, along with traditional seals which can be carved to your specification. You can see how these commodities have been produced for centuries. 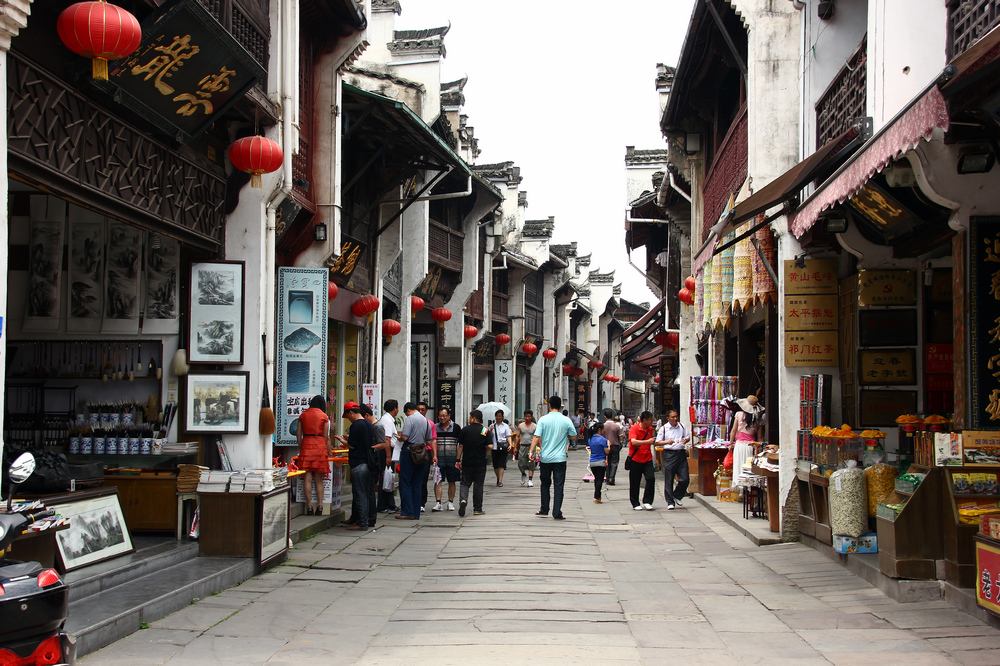 Shops Laid on the Two Sides

How to Get to Tunxi Old Street

You can take a taxi. It takes about 5 minutes.

The Yellow Mountain is the premier must-see in Huangshan. It has splendid scenery, featured with hiking, outdoors, adventures, natural scenery, photography, ancient culture, architecture and relaxing.

Xidi is a 5A scenic spot as well as a model of Anhui-style ancient residential architecture art. It has similar architecture with Hongcun Village with brick, stone, wood carvings decorated magnificently. 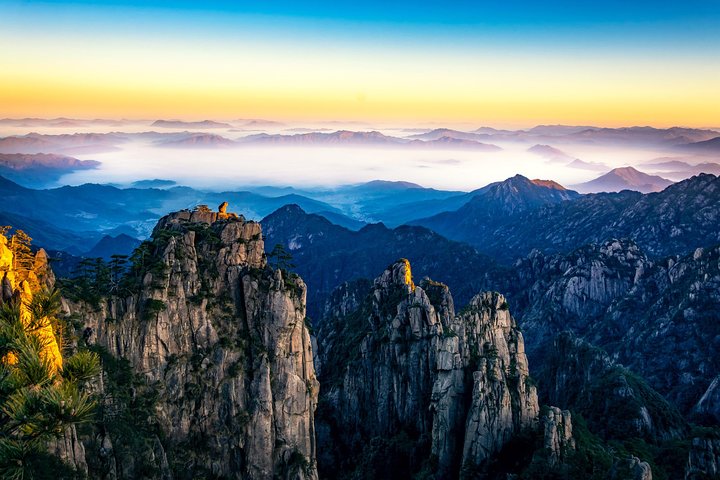