What to eat in Beijing? In the eyes of Beijingers, delicious local foods are some of the most important aspects of Beijing's culture. Beijing is not only a comprehensive center of China but is also a center for Chinese food. People travel from all parts of the country and take all kinds of delicious foods to Beijing. There are some famous and delicious Beijing's foods that you can't miss.

Beijing roast duck is the iconic dish in Beijing, which you can't miss. It's not only a famous local dish but is also popular with people from all corners of the world. A famous celebrity said that: "After a dinner of Peking duck, I'll agree to anything". It's a vivid example to describe how delicious Beijing roast duck is.

DaDong "SuBuNi" Roast Duck is one of the most famous roast duck restaurants in Beijing. In 2017, DaDong Roast Duck Restaurant opened a branch in New York. Within the first 2 hours of serving Beijing roast duck, 2,500 reservations were booked for the following year, and the phone line was overloaded.

2. Jiaozi — the Most Representative Chinese Food

Jiaozi is a traditional Chinese food and has a history of over 1,800 years. As the most famous Chinese food, it is not only popular in China but is also popular throughout Asia.

Zhajiangmian is a very popular local food in Beijing. Hand-pulled wheat noodles and minced pork are mixed together in a bowl. To balance out the taste, fresh vegetables are added on top of the noodles. Mix the toppings through the noodles to your liking. Manchu Han Imperial Feast was a grand feast in the Qing Dynasty (1644–1912). It originated from a banquet during the Kangxi Emperor's 66th birthday celebrations. His birthday banquet was not only a celebration but was also an important diplomatic activity to solve the disputes between the Manchu and Han Chinese people. It's said that Manchu Han Imperial Feast consisted of 320 different dishes. These dishes were a combination of the Manchurian and Han cultures. After the Kangxi Emperor saw these dishes, he gave the feast the name of "Manhan Quanxi".

Hot pot is a famous type of cuisine in China. Many people have tasted Sichuan hot pot or Chongqing hot pot but what are the features of Beijing hot pot? There are four main differences: a different type of pot, different ingredients (Beijing hot pot includes instant-boiled mutton), different container, and different seasonings. Xianbing is a popular staple dish in Northern China. The pan-fired pie is made of flour, meat, vegetables, and seasonings. The delicious pie is thin and crispy on the outside with juicy fresh meat and vegetables inside.

Jianbing is a traditional Chinese breakfast and has a history of 2,000 years. You can buy it across the city in many shops. A jianbing consists of a large and thin pancake, eggs, spring onions, and a báocuì. The crispy and delicious pancake makes it a popular choice for the locals. Shāobĭng, Another Popular Breakfast in Beijing

Shaobing is a baked Chinese cake, which is made with or without stuffing. The stuffing varies and can consist of pork, beef, mutton, onions, and other vegetables. It is a popular local food in Northern China, and people often eat a shaobing with a cup of soybean milk or a bowl of douhua as their breakfast. 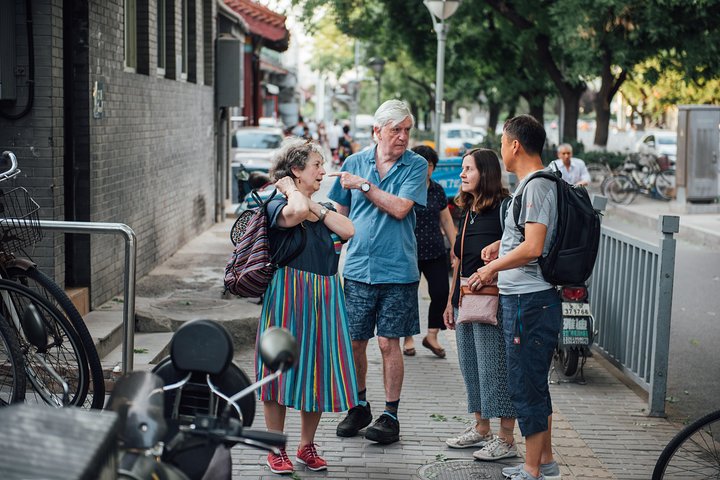 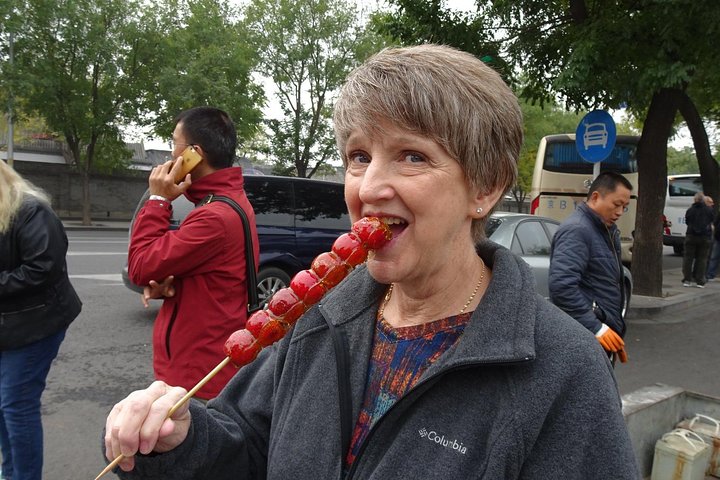 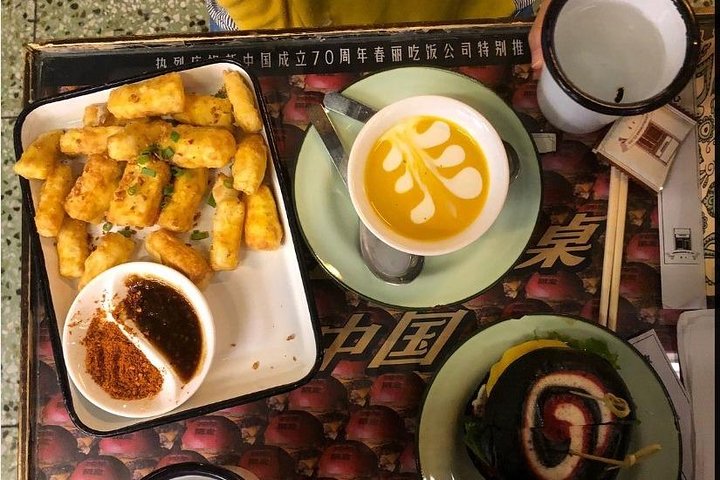 3-Hour Beijing Sanlitun Walking Tour: To Be A Trendy Foodie